Like the City as a whole, the Ypsilanti Police Department has a history rich in Pride, Diversity, and Heritage that can be traced back as early as 1825, when the first settler, Benjamin Woodruff, became sheriff. Four years later, the job of constable became part of the general elections.

Despite the presence of law enforcement personnel at the time, in approximately 1828 ‘The Ypsilanti Vigilance Committee’ was organized. Its activities were rather guarded and secret, but what is known is that over 50 men participated in battling against the rash of lawlessness that plagued the area at the time. The committee was disbanded by 1829. The first speed limit was established in 1834. 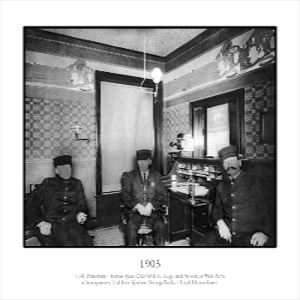 In 1855, Robert Phillips was elected the first city Marshall, and in 1877 the city charter made provisions for a Marshall and 5 deputies.

In 1900, the force received its first uniforms.  In 1905, the city’s first police station was located on the second floor of the Ypsilanti Savings Bank, where City Hall currently resides.  Prior to this time, the Marshall had operated out of his own home. 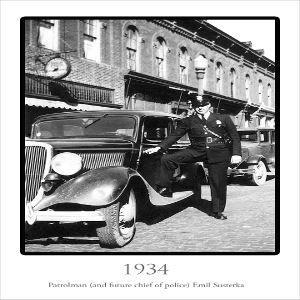 By the 1920s, officers had begun to patrol the streets in a Model A Ford wielding two submachine guns.  The first man to actually be called Police Chief was John F. Connors, who managed the department from 1922 to 1929.

By 1945, the department was relocated to the corner of Washington and Ferris streets. It moved to its present location at 505 W. Michigan in 1959.